"Box Of Letters" (Live) has arrived.


Available as both a download and a physical CD for you folks who like having the real thing in hand...plays well in the car too! Here's a bit of the backstory for this project: 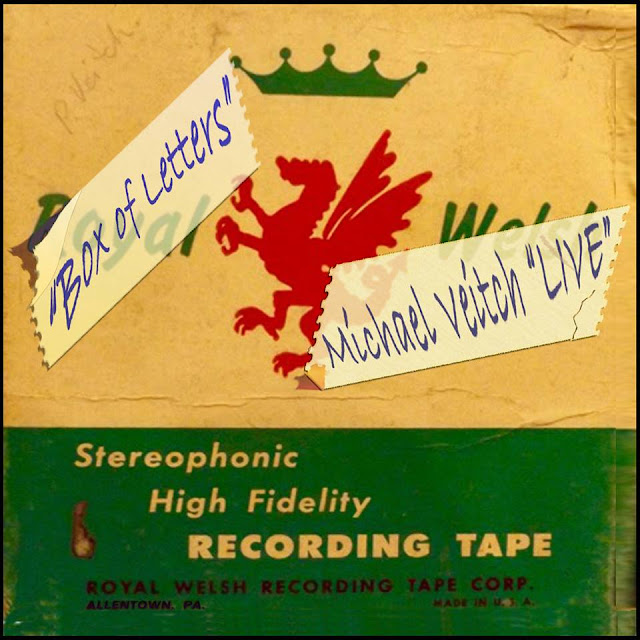 A collection of live recordings of eclectic, cinematic, and original contemporary folk music from one of the unsung
songwriting masters of the early aughts and beyond..

Discovered by Shawn Colvin in the early 90's and immortalized by Judy Collins' recording of his song "Veteran's Day," Michael Veitch continues to ask the question…”what is a great song and do I have the answer?” “Box of Letters” is the answer with 13 tracks of live, acoustic, pure, unadulterated mature authentic songwriting presented in an all live “ first take” setting. It doesn’t get any better than this. Dating back to early 2000's, and filling out the time frame with a few later recordings, these are the essential tracks that capture Michael in his true presence and essence. Folk radio field recordings, live concert tracks, intimate studio first takes, this is “Box of Letters” a few warts and all.

Veitch has toured the US, Canada and Europe extensively, landing in Munich, Germany for a number of years, selected to play the Newport Folk Festival, hitting most every club and small festival in the US folk circuit, opening for just about everyone you can imagine, including an extensive tour with Shawn Colvin, multiple dates with Bill Morrissey, Livingston Taylor, Judy Collins, Susan Werner, Ellis Paul and many others. His songs have been featured on Neil Young’s Living With War website and Thurston Moore’s Protest War website, covered by Judy Collins and numerous other artists.

“ I am thrilled to have found this lost “box of letters” tucked in with all the boxes of stuff that has piled up over the years. My heartfelt thanks to the folk DJ’s and concert engineers who took the time to record my performances in such a professional manner and thank you again for having me in to your studios and to the many artists who invited me to open your shows.”

Enjoy!!
Posted by Michael Veitch at 1:43 PM No comments:

Michael Veitch
Is a long traveling singer/songwriter with many titles of original acoustic music including the just released album "VeitchMunich". His song "Veteran's Day" was recently recorded twice by Judy Collins for both her new CD "Bohemian" and her "Live From The Temple Of Dendur" DVD. He is also the brainchild for "The Veitch Boys"-a original song homage to Brian Wilson and the Beach Boys -Visit www.michaelveitch.com for my complete bio and visit www.veitchstore.blogspot.com to find the music. All photos and paintings are Copyright 2016 Michael Veitch